Duke Kahanamoku, the namesake of this weekend’s annual outrigger canoe race, was a surfing legend and all-around Hawai’ian hero. A kind of jack-of-all-trades, “The Duke” won five Olympic swimming medals, acted in dozens of films after moving to Southern California, pioneered the popularization of surfing on the mainland, and served the public as Honolulu’s Sheriff and later as the state’s “Ambassador of Aloha”. When President FDR came to visit, he even “rode out merrily by double canoe to greet him, and showed F.D.R.’s sons how to paddle an outrigger.” His many skills and spirit of Aloha permeated his numerous efforts to bridge the gap between the islands and mainland USA, and it is in his name that thousands will be paddling out in the Marina this weekend!

Hosted by the Marina del Rey Outrigger Canoe Club, the competition ranges from a 6-mile kids/novice race to a 10-mile race for men, women and coed teams in six-person outrigger canoes. You will have a great view from any one of the fingers, as the races go pretty quickly. In addition, there will be a raffle and silent auction from 7am-2pm (including trips to Hawai’i, according to an insider aka my dad), and the farmer’s market opens at 9am next to the Cheesecake Factory! Here’s the summary:

What: Kahanamoku Klassic Outrigger Canoe Race, hosted by the MDROCC

Cost: Free! (Except for parking, so ride your bikes and save some dough!)

Parking: “All public lots are $8-$12.50. Please bring CASH and EXACT AMOUNT. Please DO NOT drive down Admiralty and turn into Palawan. This will cause traffic congestion.” See map below. 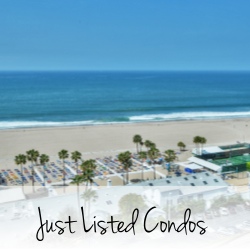